Let me start by saying thank-you to our county Board of Supervisors for what has been a difficult and agonizing process with this year’s county budget. Agree with our supervisors or not, they are public servants in the highest degree in an oftentimes thankless position.

I applaud all three for their willingness to step up and make the tough choices on our behalf. This is not a “rubber stamp” operation. Issues are addressed and thoughtfully and thoroughly discussed with invitation after invitation for public input.

Contrary to what’s been said by some, the supervisors have had to say “no.” My frustration is with our state legislators and governor who enact policies and legislation that siphon our tax dollars away from local needs to satisfy and feed political agendas.

Privatizing Medicaid has been one example. The associated lack of reimbursements to our local hospital and city ambulance service have been the sole reason both now struggle to make ends meet.

Those costs are then passed down to the local levels, both county and city, leaving local elected officials scrambling to come up with the necessary funding to maintain these critical services.

They in turn become the scapegoats.

And to make matters even more difficult, our state Legislature is evidently considering a bill restricting how much local governments can raise taxes to cover those very expenses. Spin it as they may, this measure would seem to be self-serving, shifting the blame game and consequences back to our local governments.

I respect that the Legislature’s agendas and priorities are different from mine. What upsets me is their attempt to disguise otherwise, especially at the expense of our local elected officials, who really do have our best interests at heart.

My apologies to Linda Tjaden, Doug Kamm and Roy Schwickerath if I forget to thank them enough. 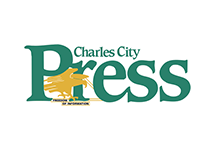 Letter to the Editor: Extravagant LEC is behind Floyd County property tax hikes

Letter to the Editor: City shouldn’t compete with private broadband 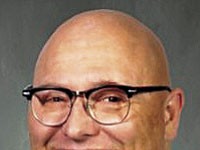