A visitation will be held from 6-7:30 p.m. with a 7 p.m. scripture service on Tuesday, March 19, 2019 at Fullerton-Hage Funeral Home, 401 Blunt Street, Charles City. A Mass of Christian Burial will be held at 11 a.m. with a half hour prior visitation on Wednesday, March 20, 2019 at Immaculate Conception Catholic Church, 106 Chapel Ln, Charles City. Reverend Gary Mayer and Monsignor John Hemann will be officiating. Burial will follow at Riverside Cemetery in Shell Rock, IA.

She was born on November 9, 1928 in Greene, IA to Henry and Edna (Brunner) Merfeld. Phyllis married Richard Leavens on Dec. 3, 1947 at St Mary’s in Greene. Throughout her life she was a homemaker and took care of their four children. She often hosted for birthdays and holidays; she was a baker and made many cakes and also cooked for her family. Phyllis had a strong and devoted faith. In her free time she loved to garden and often furnished her own flowers for church. She also enjoyed knitting and crocheting. In her earlier years, she loved to dance (polka and waltz) with her husband. 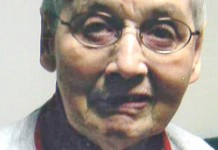 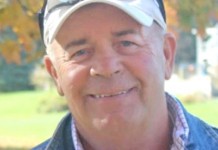 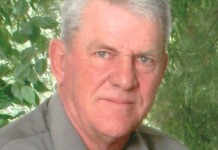